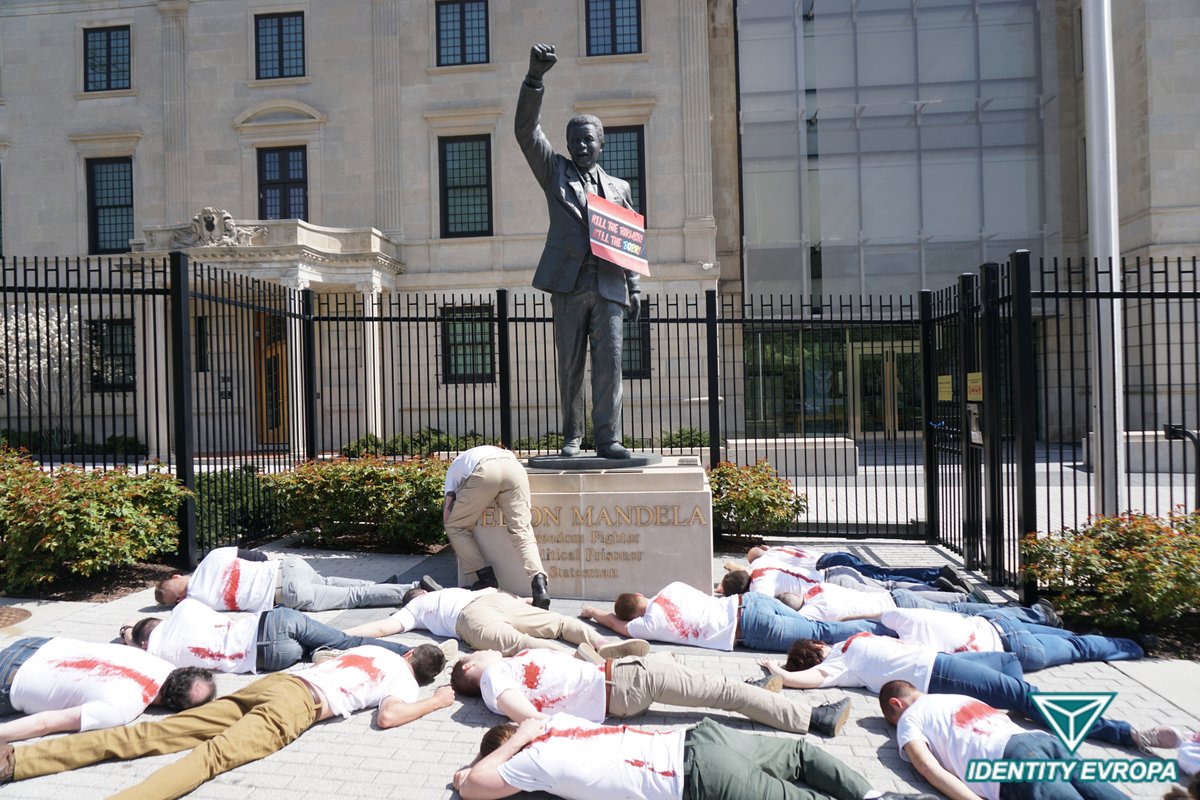 On Saturday, April 21, Identity Evropa activists paid a visit to the South African embassy in Washington, D.C., to demonstrate against the ongoing murder of White South African farmers.

Since 1994, thousands of Boer farmers have been murdered in deliberate attacks. Often, these attacks will be incredibly grotesque and brutal, frequently involving rape, torture, and many other horrible acts.

Despite the frequency and brutality of these attacks, the plight of white South African farmers remains a topic not spoken of in the mainstream. We must not let their murders go untold.

Identity Evropa members rallied at the South African embassy in D.C. to protest the slaughter of White farmers – an atrocity ignored by the country's majority government.