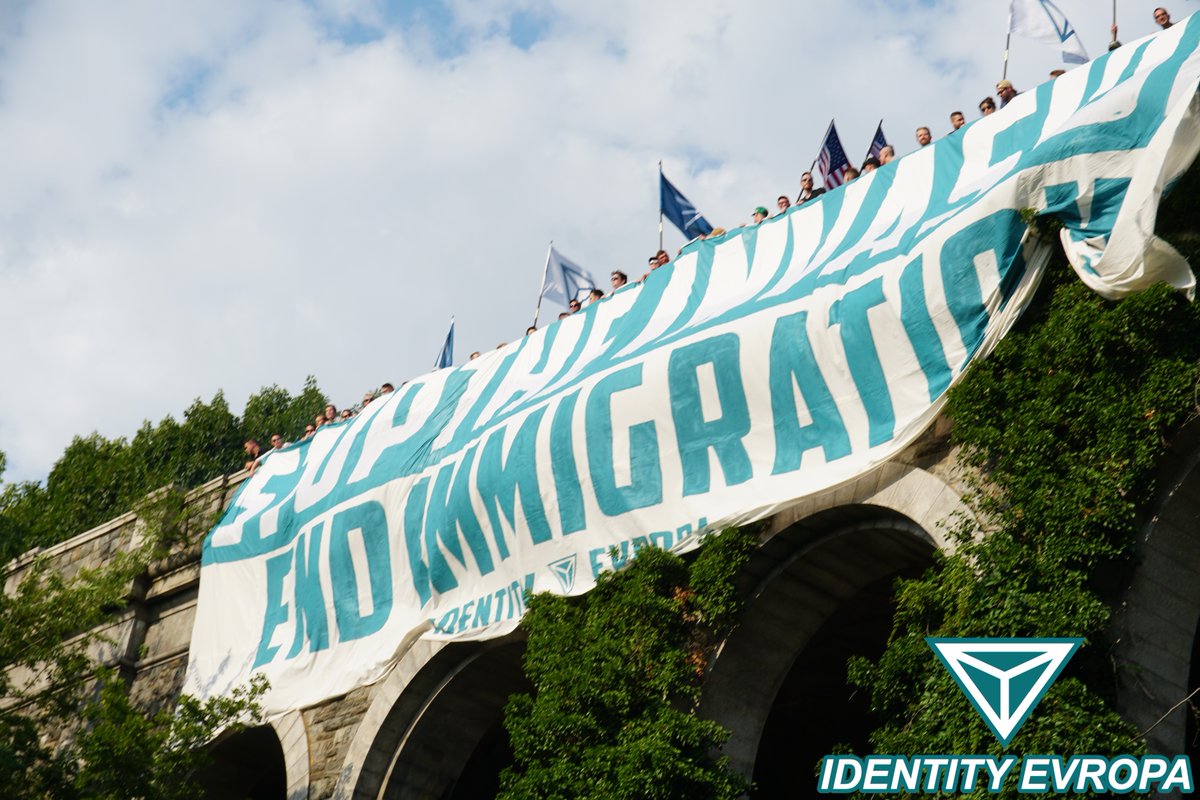 Over the last weekend in July, a large cadre of Identity Evropa activists gathered for an identitarian campaign in New York City. Stopping off first at the Mexican Consulate in Manhattan, our activists carried construction gear and rallied against the Mexican government’s active role in furthering illegal immigration and destructive globalist trade policy in North America. An even larger group carried a massive banner into Fort Tryon reading “Stop The Invasion” for a spectacular banner drop. Of course, the weekend was not complete without a private speaking engagement from Executive Director Patrick Casey that focused on the importance of deep involvement in our cause and the various ways for Identity Evropa members to further their involvement in the renewal of America. Our wildly successful actions led to an international incident as the Mexican Government complained to the American State Department about our activities, likely making President Trump himself aware of our demonstrations.

Identity Evropa activists held a demonstration outside of the Mexican Consulate in NYC today to call for the construction of a border wall, an end to mass immigration, and the restoration of America’s historic demographics. pic.twitter.com/hJVqgf05WV

Identity Evropa will not stand by while we are replaced in the land of our forefathers—this country is ours!