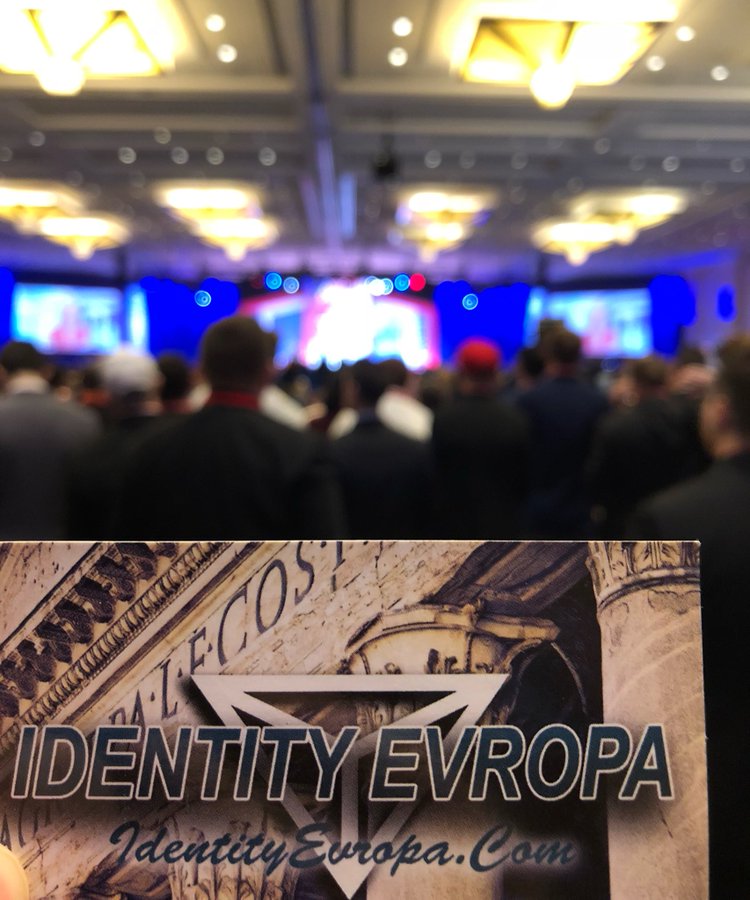 I attended CPAC with another member of Identity Evropa leadership on Friday. After we arrived, we met up with other IE members throughout the day. Some traveled alone; others attended the conference with their fellow College Republicans; and a few were there in a professional capacity.

We spent the day meeting people, handing out Identity Evropa business cards, and discussing Identitarianism with conservatives. Thanks largely to the Left’s anti-White rhetoric and blatant unwillingness to tolerate any restrictions on immigration, CPAC attendees were quite interested in what we had to say. While some did, of course, reject Identitarianism due to it being “collectivist,” these disagreements were civil and infrequent. And those who objected to our ideas were unable to tell me when minorities were going to begin flocking to conservatism, or if right-wing politics would be electorally viable with a non-White majority.

Some of the speakers, most notably Marion Le Pen, did focus on issues like immigration and national identity. However, CPAC was defined predominantly by concerns over economic issues – taxes in particular. Thankfully, younger attendees disliked this, and instead wanted to hear about more Trumpian things, like immigration and the wall. This is a good sign, because while these issues are not exclusively Identitarian, mulling over them for long enough will surely lead one to Identitarian conclusions.

Although Identity Evropa is not a political organization, I strongly encourage our members to become active in politics. This can take many forms, including joining the College Republicans or running for local office. Trump has given us an opportunity to transform the GOP from a vehicle for Conservatism Inc. to one for Nationalism, and it’s up to us to seize the opportunity.

While it’s unlikely that the GOP will become an explicitly Identitarian party anytime soon, there is hope for it to become non-interventionist, protectionist, immigration restrictionist, etc. – all good things for Americans of European heritage, even if they’re not explicitly marketed as such.