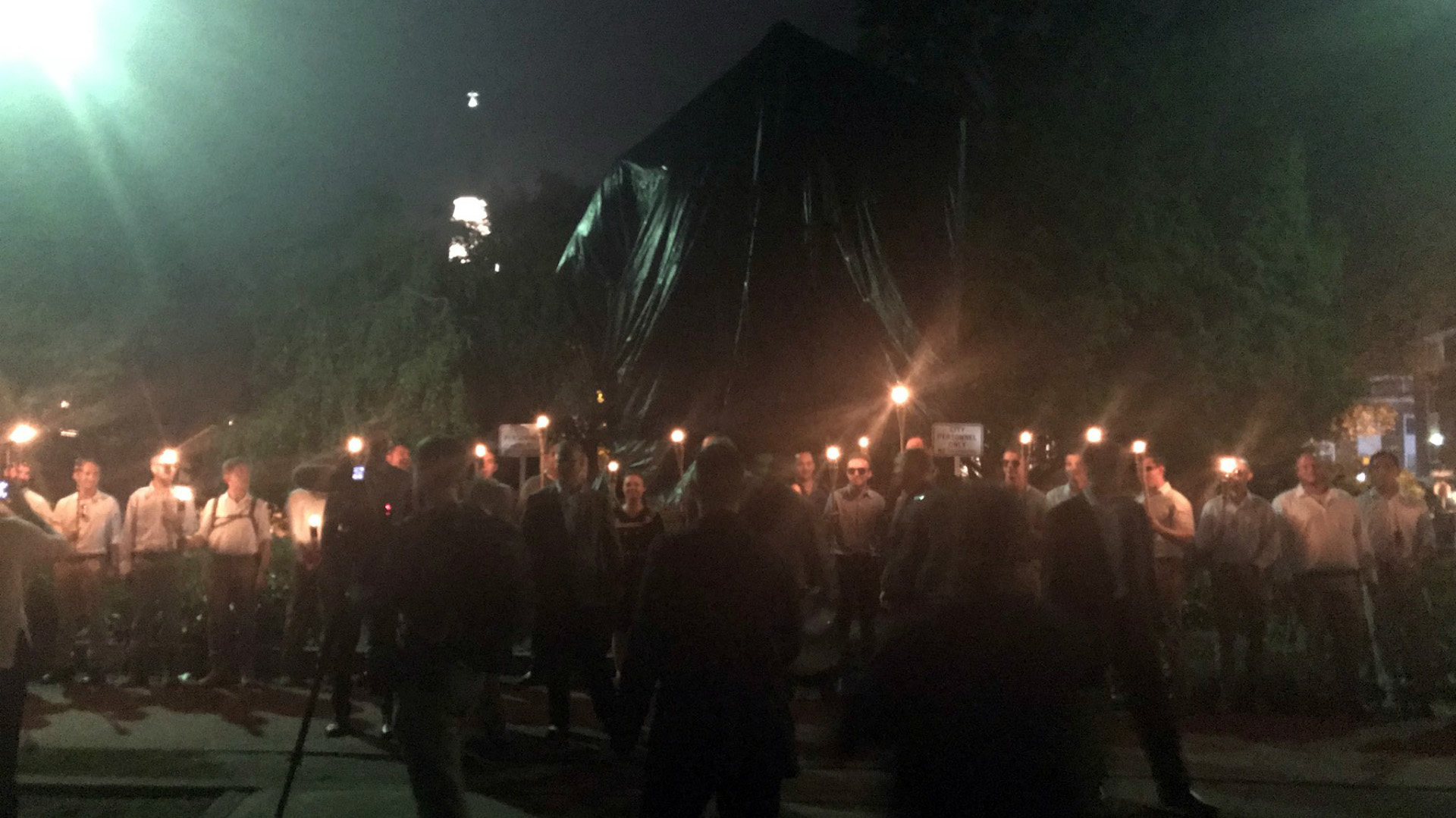 Following our successful demonstration in D.C., Identity Evropa traveled to Charlottesville on Saturday night to conduct our third torchlight demonstration at the site of Robert E. Lee’s statue. In May, we conducted an event in Charlottesville – consisting of a torchlit march and a private dinner – in order to send a message to the locals who oppose the removal of these statues: they are not alone. The event was a huge success, and remained entirely peaceful.

In August, we returned to Charlottesville to hold an event dubbed “Unite the Right”. The message was one of unity among all those opposed to the destruction of our cultural symbols. I personally worked with local law enforcement and organizers of the event to ensure public safety. The violence and chaos that ensued was due to malicious intent on behalf of the authorities who violated a federal court’s injunction and proceeded to force our party out of the park directly into the mob of anarcho-terrorists when multiple alternative routes to leave were available.

Tonight, we returned to Charlottesville once again to demonstrate that we are peaceful, that our rights will not be infringed upon, and that there will be continued opposition to the establishment and their goons. While we would like to work with local law enforcement when possible, we cannot now do so in good faith, as Charlottesville authorities intentionally created a scenario where violence would occur. This successful demonstration exposes the media’s poisonous narrative surrounding what transpired at the Unite the Right rally. We will continue to push forward and fight for Americans who have been systematically marginalized and are awakening to the scale of our problems and the stakes involved for our people.

WATCH: Identity Evropa, along with other Alt-Right figures, return to Charlottesville for a peaceful demonstration.https://t.co/aqgqko46lF