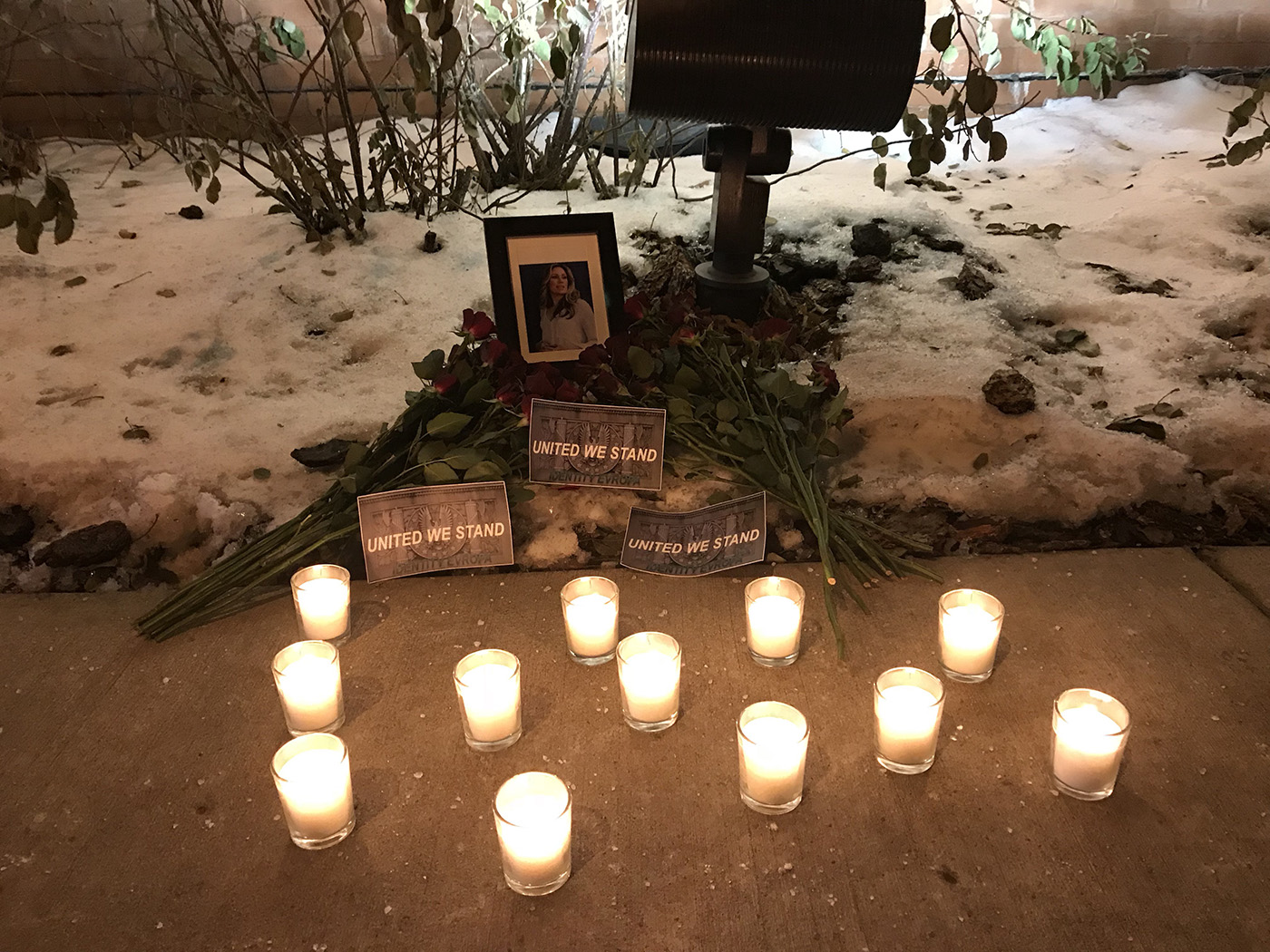 This past Friday, Identity Evropa activists visited the 5th Precinct in Minneapolis to create a memorial to Justine Damond. The goal, quite simply, was to honor Justine’s memory and remind the world that her killer, Mohamed Noor, still walks free.

Damond, a 40-year-old woman who held dual Australian and American citizenship, called 9-1-1 on July 15 to report what she believed to be a sexual assault taking place behind her house. Two officers arrived at the scene and drove slowly down the alley with their headlights turned off. When Justine came outside in her nighttime attire and approached the squad car, one of the officers – Mohamed Noor – shot her from the passenger seat, firing across the lap of his partner.

As of now, no charges have been leveled against Noor. The investigation into Justine’s tragic death has yielded nothing; indeed, recent statements made by Hennepin County Attorney Mike Freeman would suggest that the investigators are not doing their jobs – a sentiment echoed by Damond’s family.

Mohamed Noor is currently on paid administrative leave and has refused to speak to investigators. Despite being on the police force for only two years, Noor has received three formal complaints. In one ongoing case, he is being sued for allegedly assaulting a woman.

How Noor became a police officer to begin with is a curious matter. According to a Star Tribune article written in July, Justine’s killer was part of the city’s cadet program, which is an expedited path to becoming an officer. Cadet programs, according to some law enforcement professionals, offer the chance to build a more diverse police force.

The response to our memorial has been quite interesting, to say the least. Unsurprisingly, the mainstream media has taken to labeling us a “hate group” – a tired tactic employed by dull people. Democrat Mayor-elect Jacob Frey has condemned our memorial, which, amusingly, Minneapolis police have announced they intend to “investigate.”

But judging from comment sections and messages we’ve received, the general public is quite supportive of our efforts. They, too, long for justice for Justine Damond, and they find it ridiculous that twelve candles, a picture, and flowers are being labeled “hateful.”

Amidst all of this, I cannot help but wonder why the establishment is more concerned with a memorial than with the murder of an innocent woman.

As an Identitarian organization, Identity Evropa is committed to creating a better world for people of European heritage. And, unfortunately for the Damond family, the death of their daughter does not fit the narrative of White-on-Black violence favored by the Left.

Moreover, our society’s fetishization of diversity may have led to Noor being hired for his racial background, and given a badge – and a gun – before he was fully trained. But in light of the formal complaints leveled against Noor, perhaps he shouldn’t have ever been made a police officer in the first place.

Identity Evropa will not allow Jacob Frey, Minneapolis police, and Minnesota Bureau of Criminal Apprehension investigators to sweep this one under the rug. Until Justine Damond’s murderer is brought to legal justice, we intend to continue drawing attention to this tragedy.