Recently I travelled to Cleveland to take part in what would be a historical event as Donald J. Trump was nominated the Republican Party nominee. His coronation has already signaled a major shift in the Republican party’s platform on border policy, and it was important that the Alt-Right have a presence at the convention. I was unsure what to expect with BLM shutting down freeways across the country, police being gunned down in the streets, Trump supporters being assaulted by violent mobs of Bernie Sanders supporters, and terrorist attacks across the West, there was really no telling what could happen.

I was delayed in Chicago and did not make it into Cleveland until 4 in the morning. Exhausted with only a few hours of sleep I made my way to the Citizens for Trump rally being held at Settler’s Landing. While waiting to livestream the event for Red Ice Radio, I ran into a Martin Gelin, a Swedish journalist for Dagens Nyheter who has been covering the rise of the Alt-Right, as well as that of Donald Trump. I agreed to a live interview with him for the journal’s Facebook page knowing I would be able to reach many Swedish people who are dealing with the same issues we are but who are in many ways terrified to publicly speak about them.

The Citizens for Trump event went well with the line up of speakers ranging from Alex Jones who later that week trolled The Young Turks into a complete melt down, to Milo Yiannopoulos whose twitter account was permanently shut down a day later because he hurt the feels of a black actress. The rhetoric of the speakers at the Citizens for Trump event was revealing of the change that has come to the Republican party. Calls for putting “America first” and “nationalism not globalism” added an existential quality to American politics. While there was still a great amount of cuckolded discourse claiming “Dems were the real racists,” the tides are certainly turning in our favor. 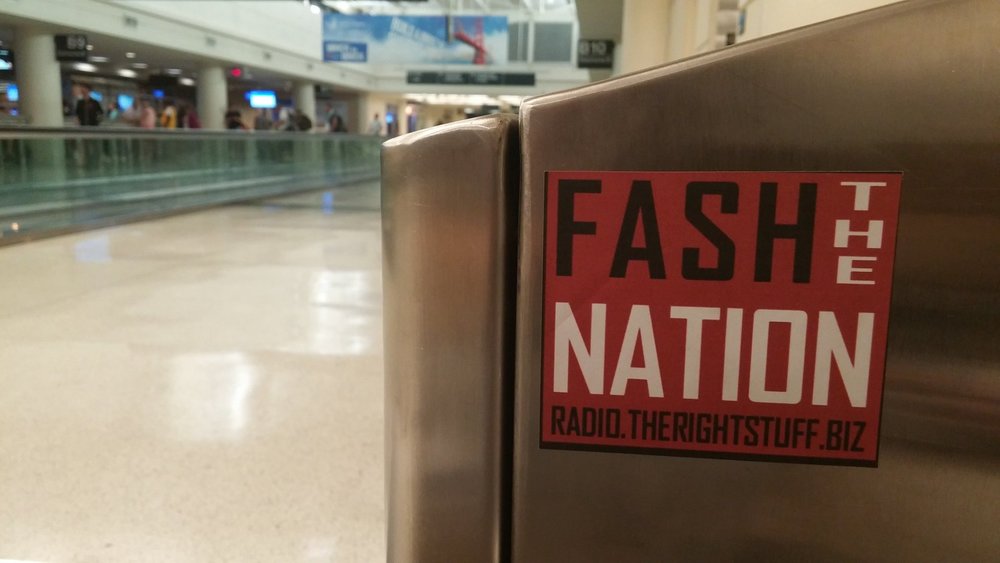 Undoubtedly some toothless redneck posted these around the Midway airport in Chicago. 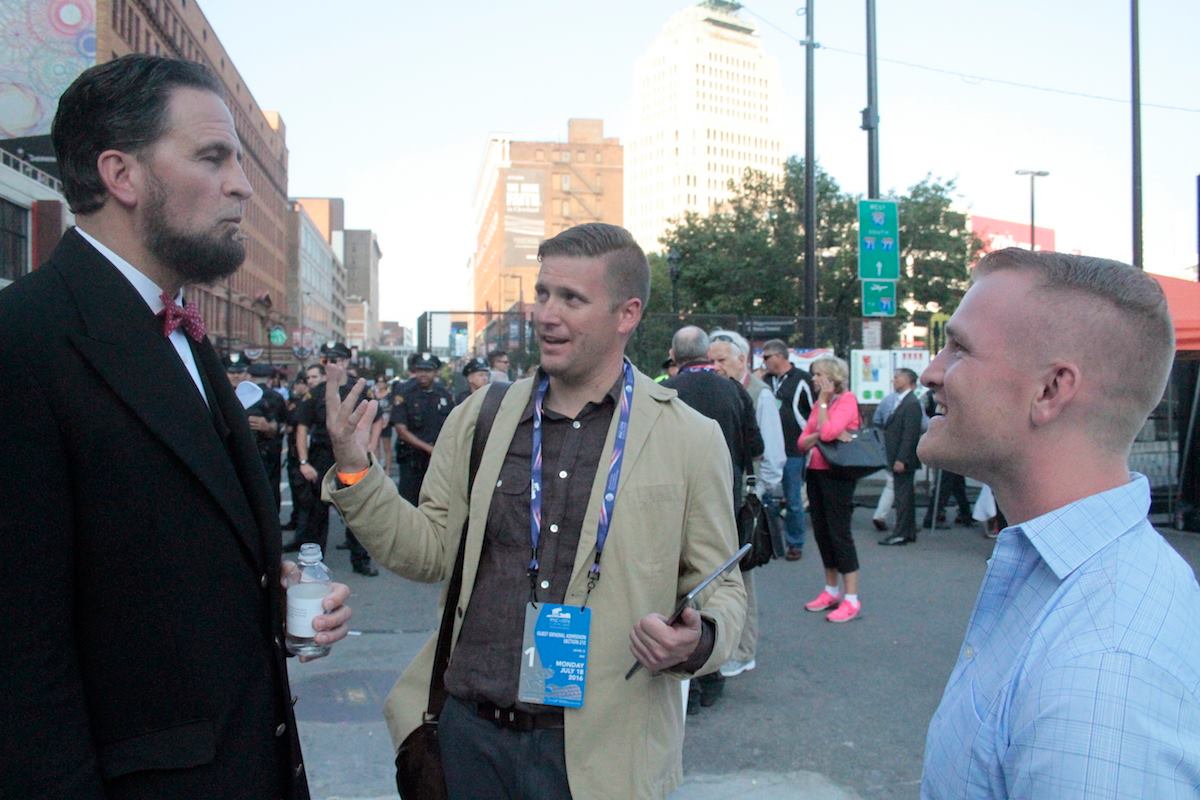 Richard Spencer and I spent some time educating “Honest Abe” about his policy to colonize freed African slaves to Central America. 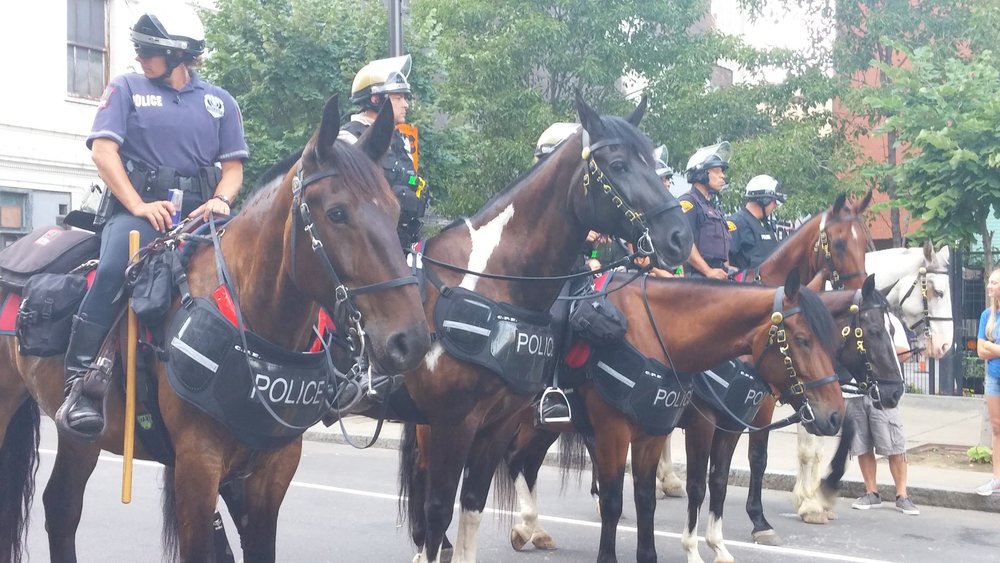 Mounted police look on as Cleveland was turned into a police state to ensure safety at the RNC. 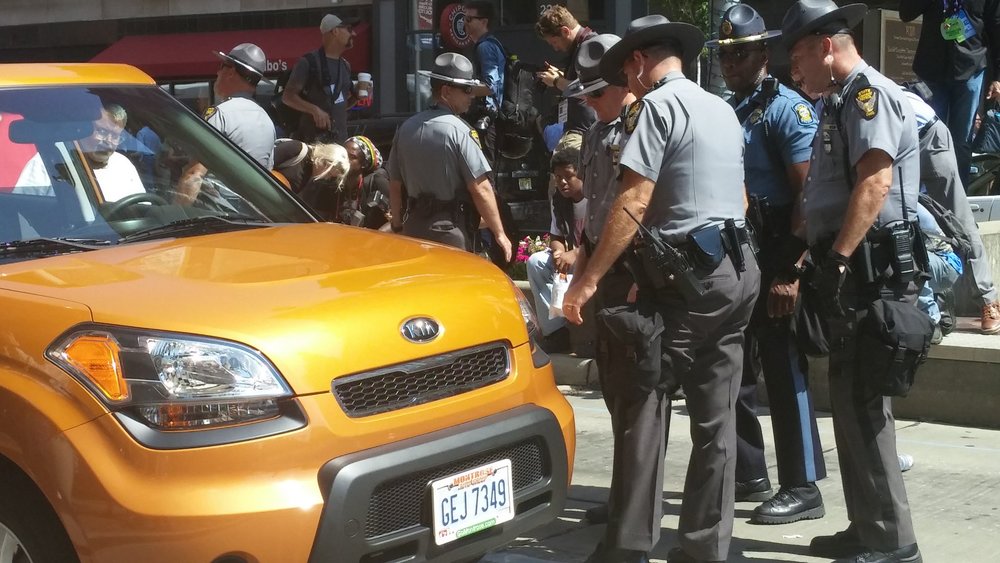 Police in Cleveland quickly changing a flat tire to keep traffic moving by the convention center. 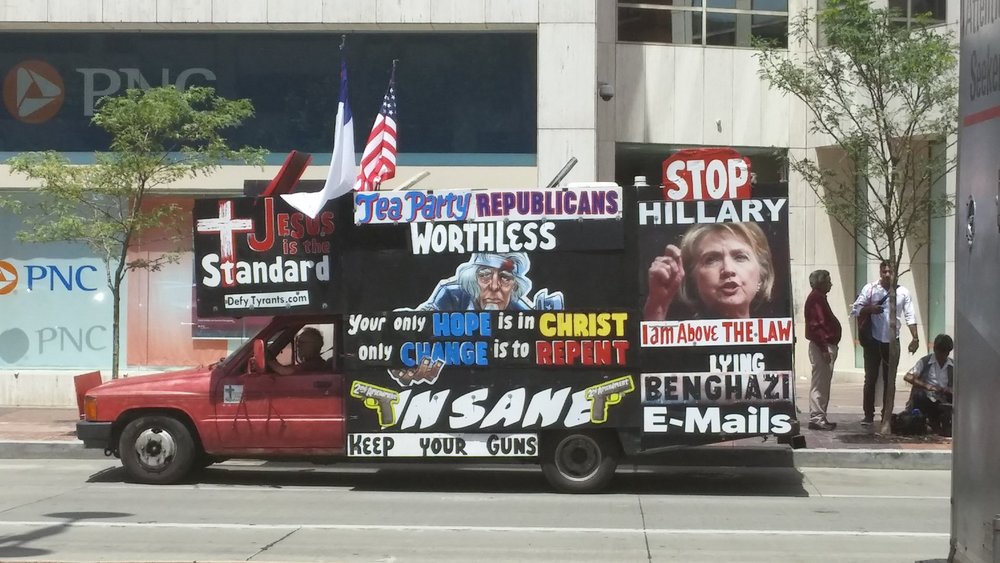 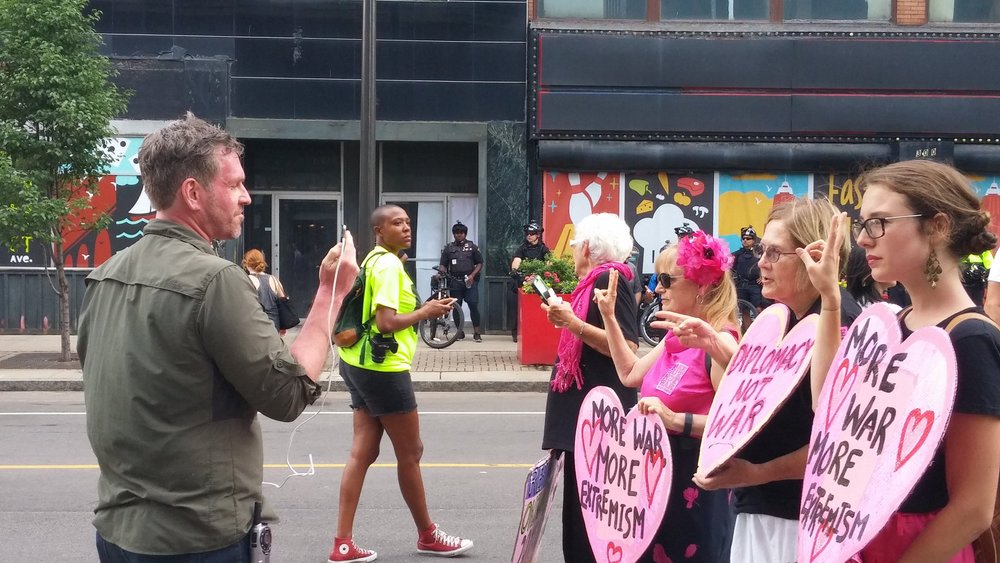 Mike Cernovich livestreams  Code Pink activists as they line up for photo op in front of mounted police. 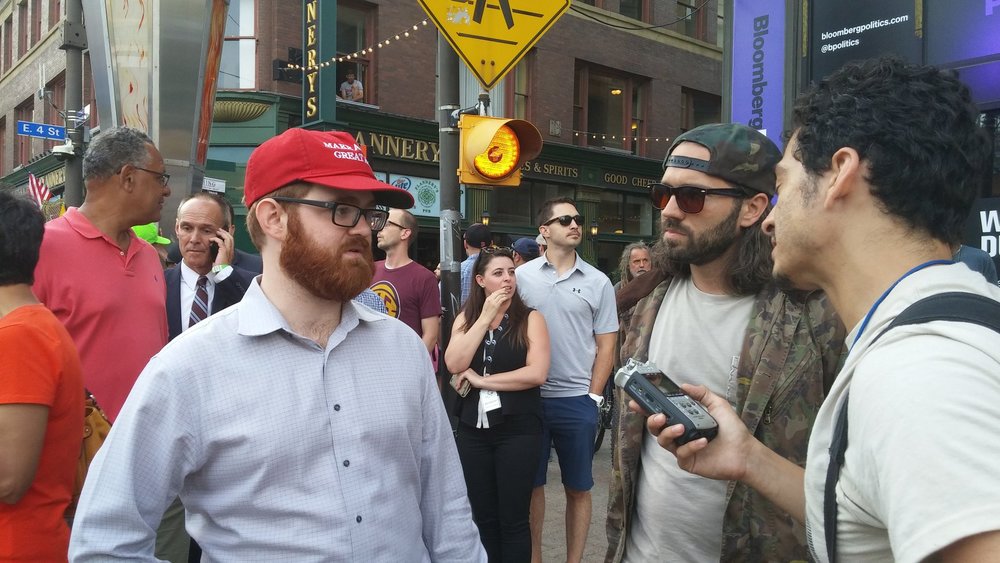 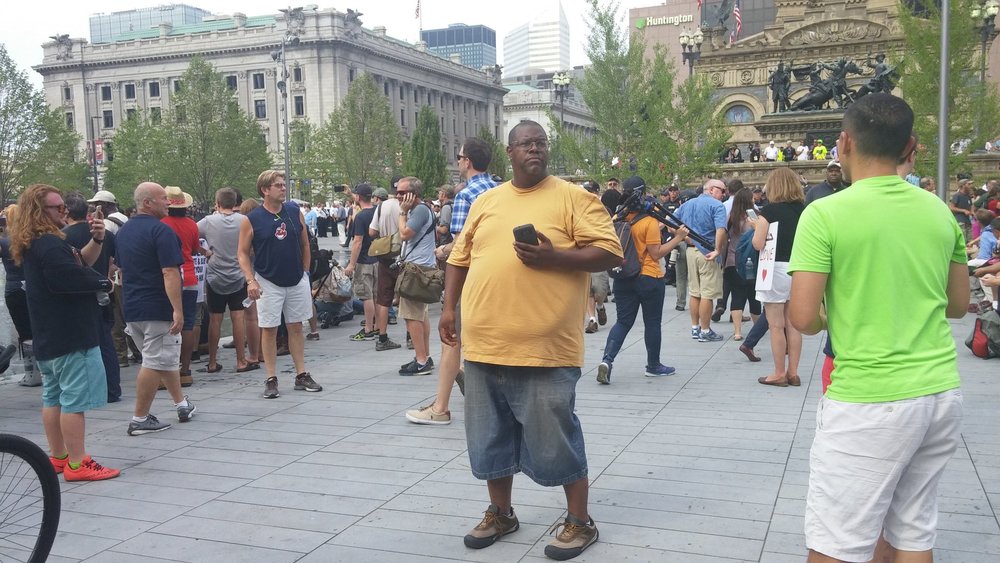 Fat Albert reenactor at the RNC convention who kept stalking us. 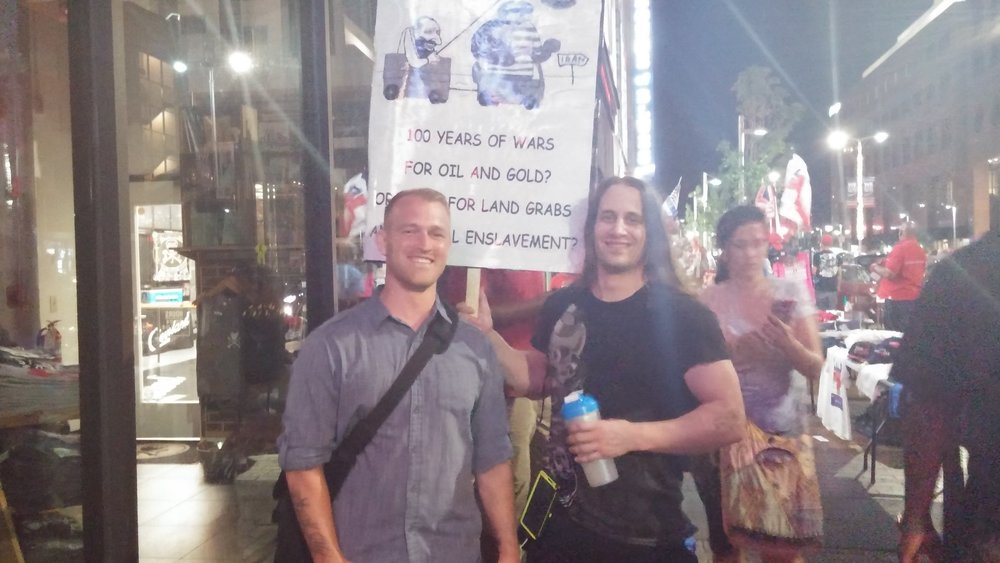 Based /pol/ack operating in the 3D world at the RNC. 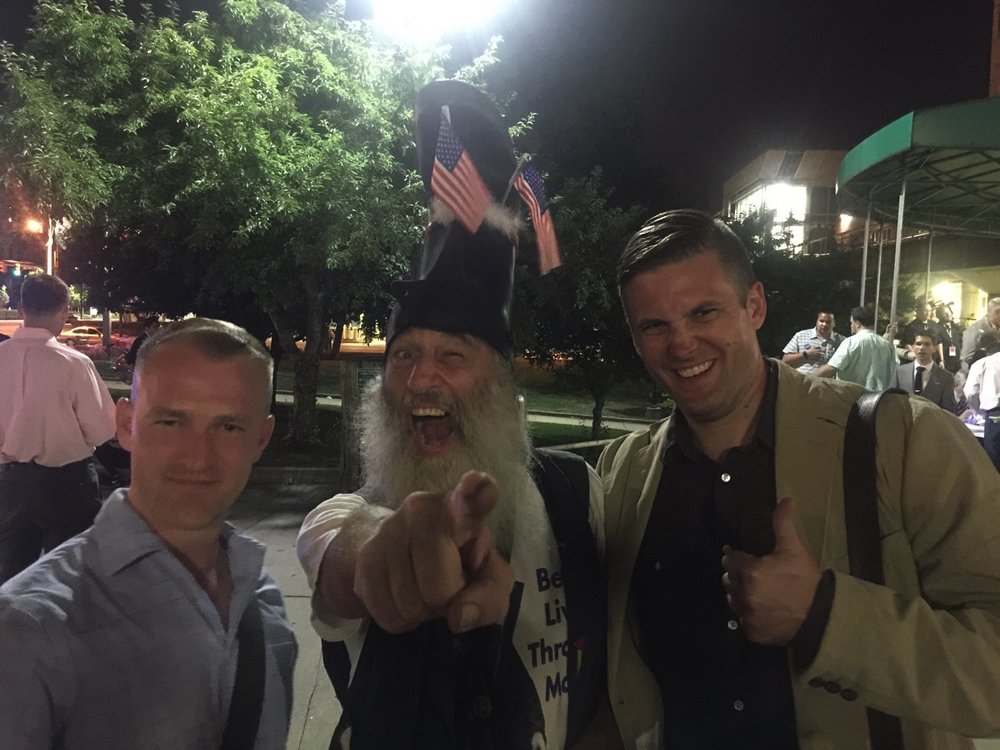 Free ponies for everyone! 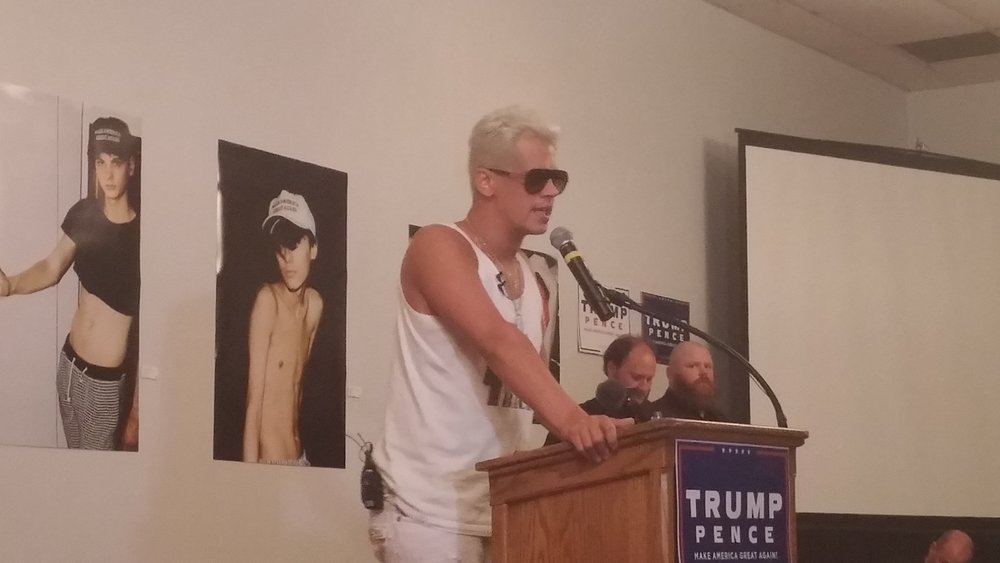 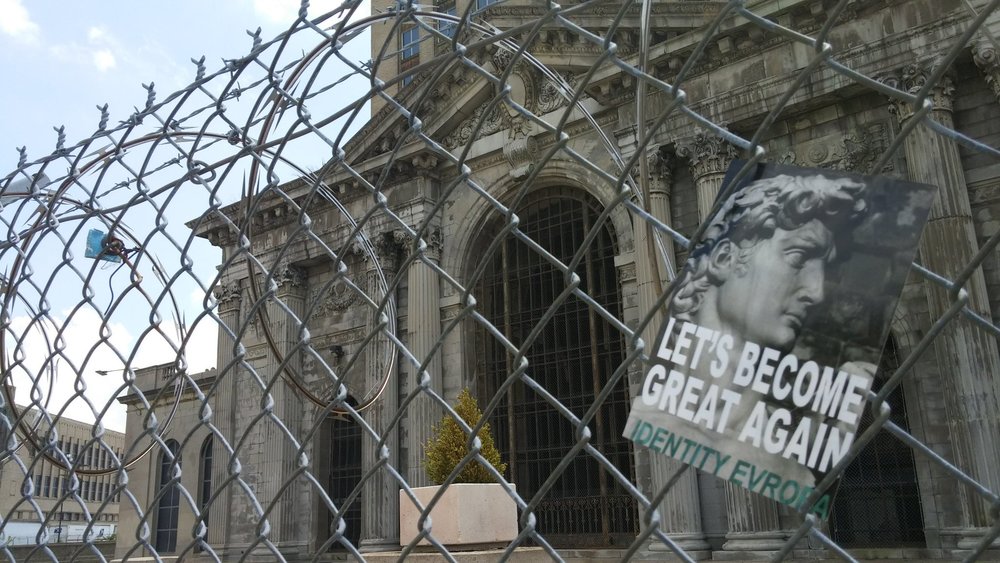 Detroit Republicans look on the at the remains of Michigan Central Station, looking forward to the day that we become great again. 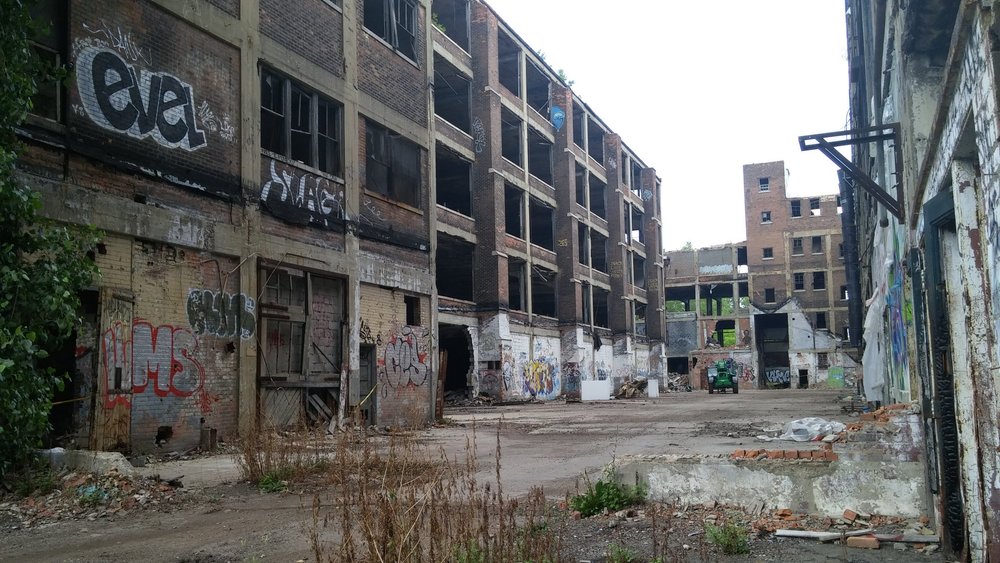 The remains of the Packard Automotive Plant in devastating ruin. 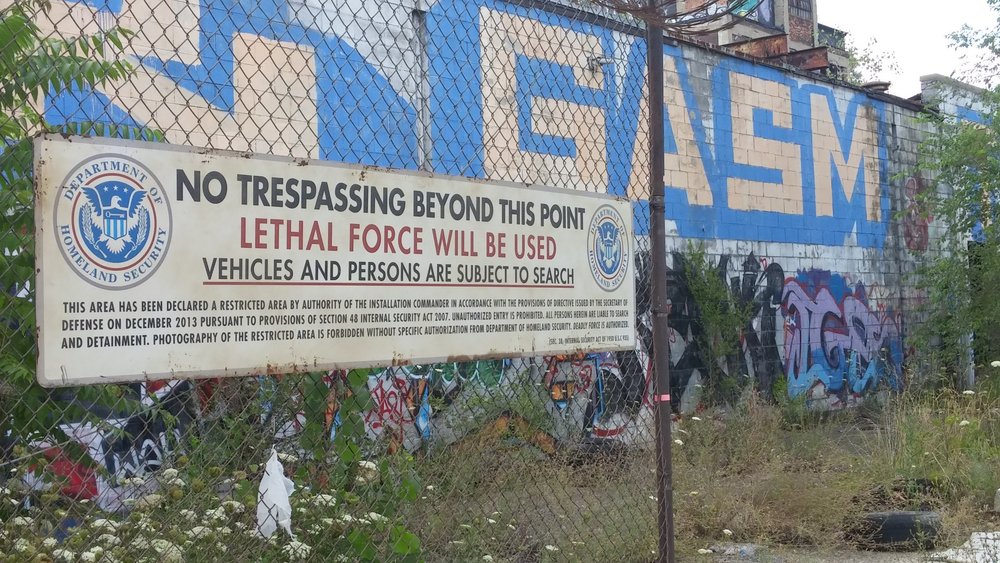 The ruins of a once proud city that was undoubtable laid waste by “Democrats.” 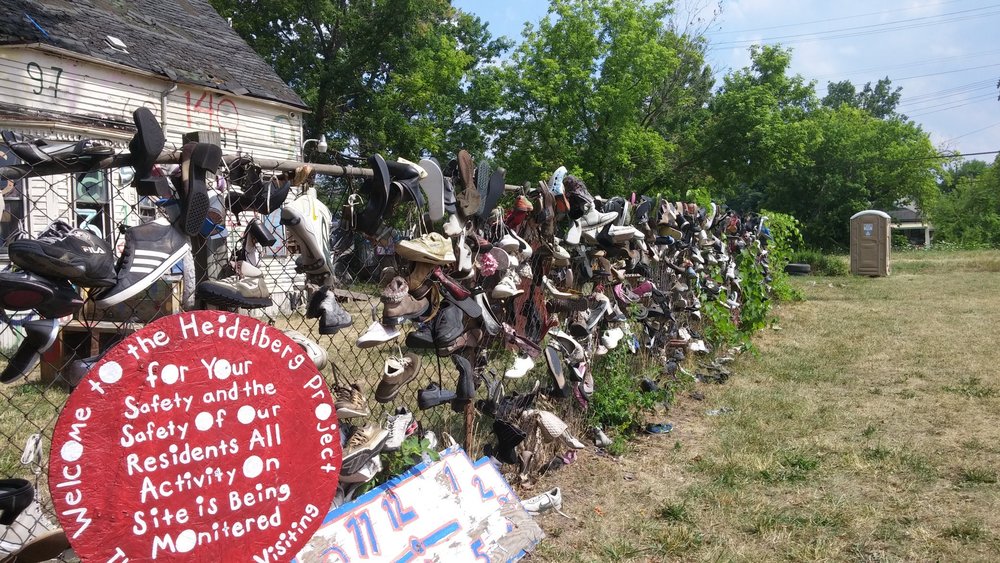 Looking on at the trash heap of anti-aesthetic degeneracy passing as “art” at the Heidelberg Project in Detroit. 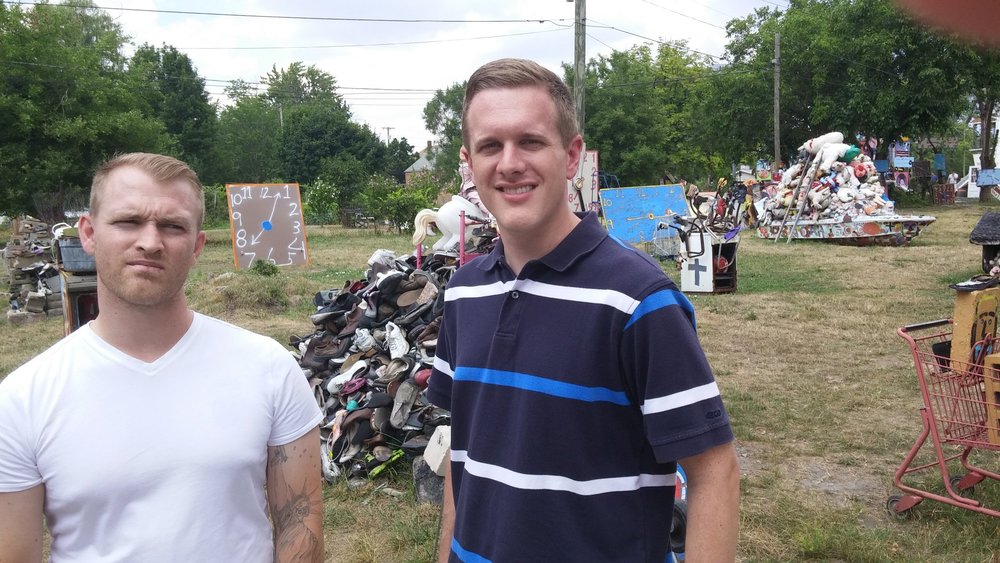 Farting around at the Heidelberg Project. I was no amuse. 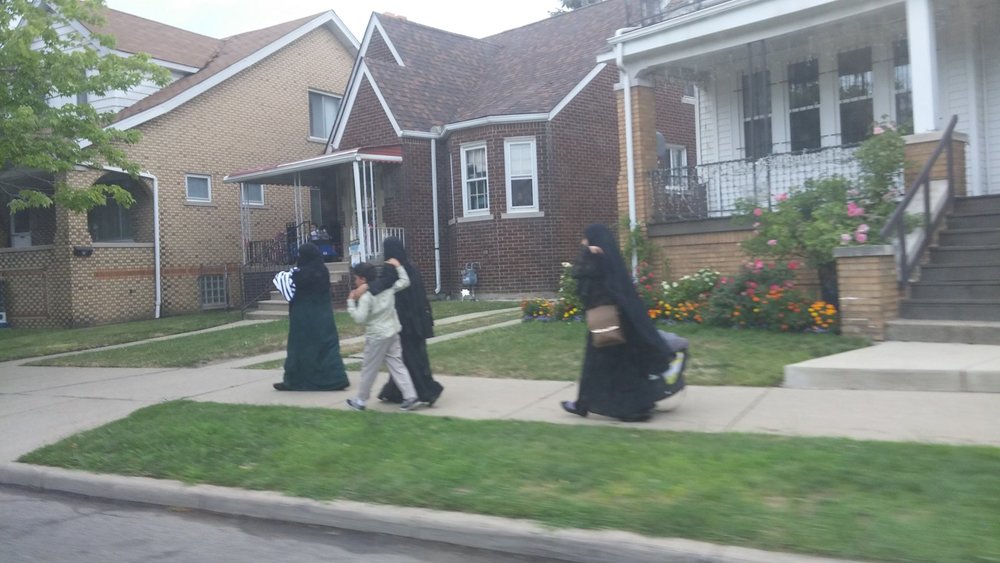 Burka-clad moslem women walking down the streets of Hamtramck, Michigan. The first city in America governed by moslems.

Hanging out and having a good time with Richard Spencer, Sam Dickson, and the rest of the “Detroit Republicans.” 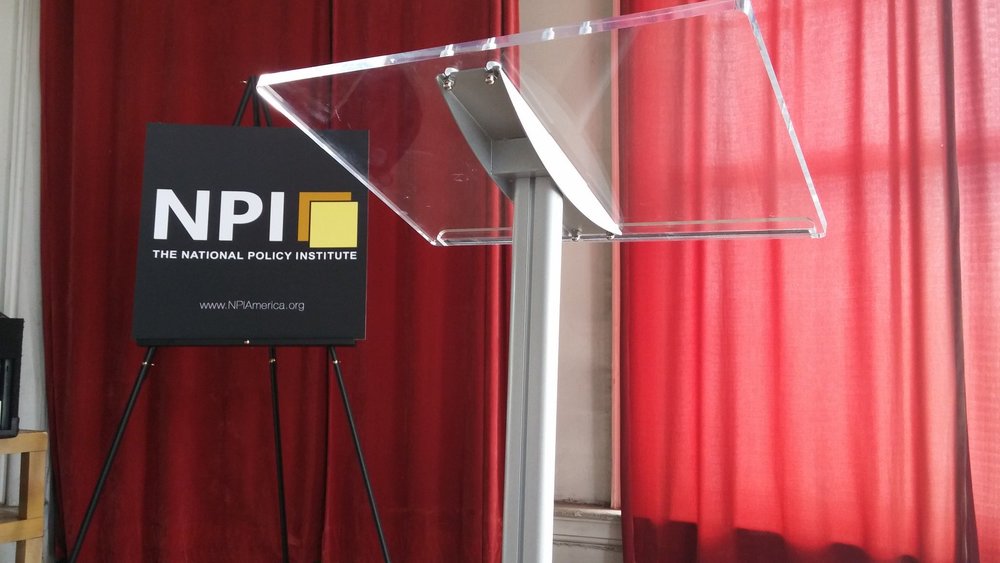 A private conference was held by the “Detroit Republicans” entitled Winning The Future. 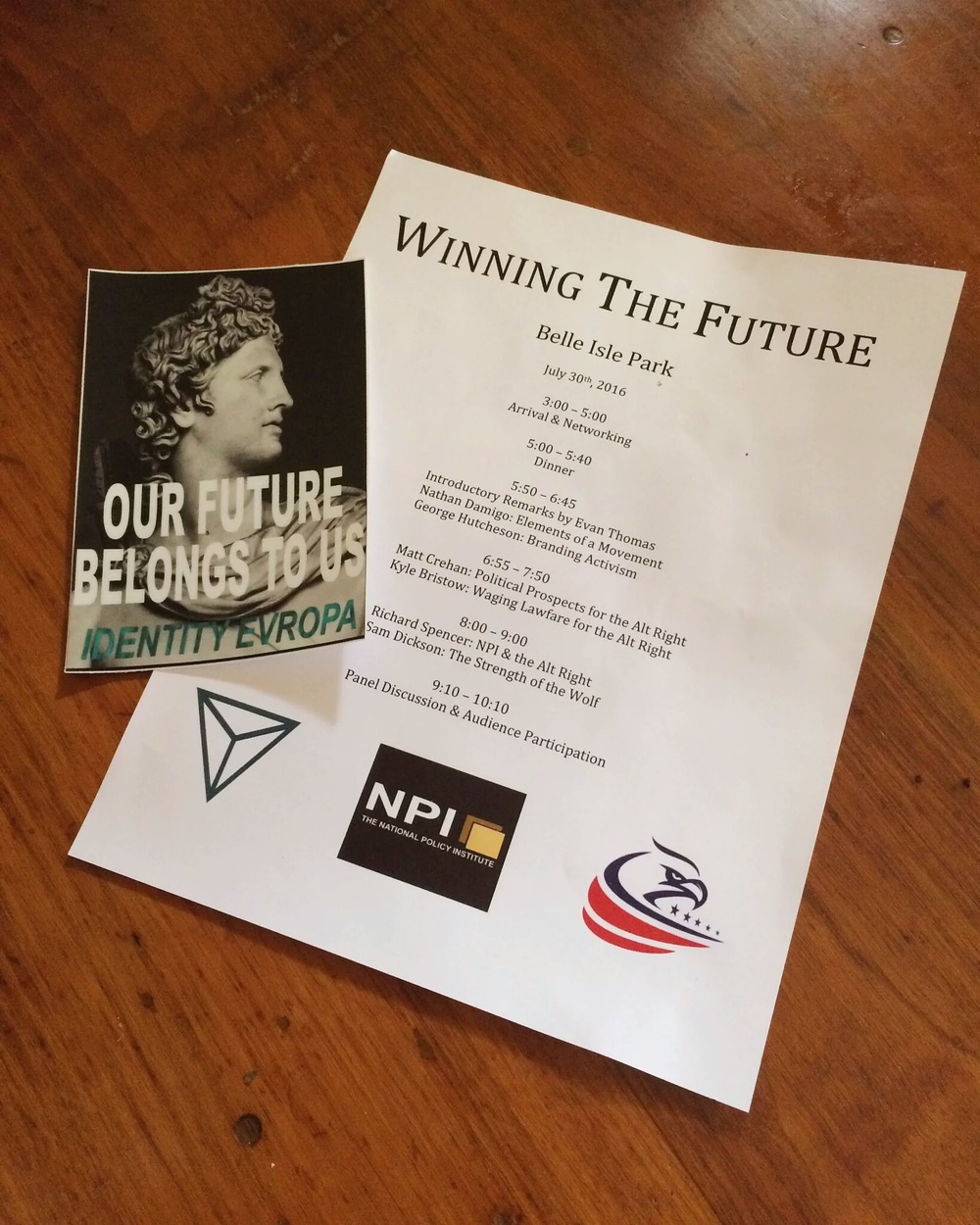 Winning The Future Speaker Line Up

Winning the future was hosted by the National Policy Institute and co-hosted by Identity Evropa and Foundation For The Marketplace Of Ideas.

Elements Of A Movement

Nathan Damigo delivers his speech Elements of a Movement Winning The Future. 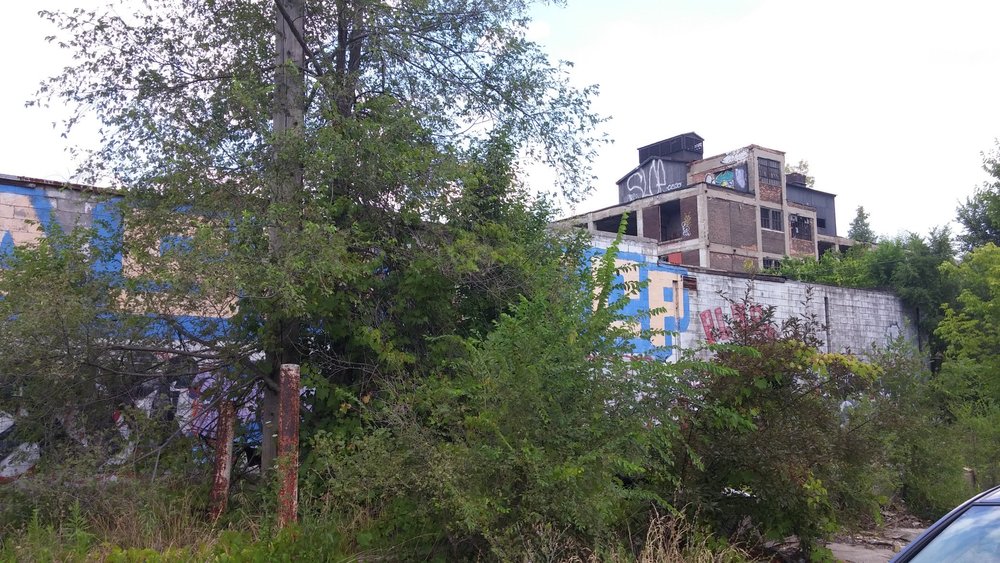 Miles of wasteland surround downtown Detroit. Empty buildings in disarray with no signs of gentrification in sight.

The city of Cleveland was converted into the ultimate police state for the conference. Law enforcement officers in groups of about 20 were seen on literally every block and were almost as numerous as the civilians. Journalists were also out in force, in many cases matching the number of demonstrators and conference attendees. To my surprise, the actual amount of  demonstrators from from BLM to Westboro Baptist Church to Anti-Fa was relatively small, numbering perhaps 20-30 at most for each group. Perhaps the defeat of Sanders took the wind out of them and turned their anger towards the DNC and Hillary Clinton.

There was an amazing Alt-Right presence at the convention. Throughout the week I had multiple individuals approach me and ask me if I was “that Red Ice Guy.” Several others knew me by my twitter handle “Fashy Haircut” or actual name. It was the first time I have had random strangers approach me with some idea of who I was and knowledge of our organization. It was truly inspiring to know that we have gained such name recognition in the few short months our organization has been around, and knowing that we have just begun.

Afterwards I travelled to Michigan to meet with identitarians and Identity Evropa fraternity members alike. The trip was highly successful. Several individuals stepped forward to join, which increased our presence in Michigan and several other states in the Great Lakes region. We spoke with many individuals at the restaurants and bars we visited, some of which showed great interest in what we were doing. Fliers were distributed as well downtown Royal Oak, providing the locals with practice and increasing morale. More fliers were left for to distribute in other cities and towns across the state.

By far the best part of the trip was the private conference hosted by the National Policy Institute and co-sponsored by Foundation for the Marketplace of Ideas as well as our own, Identity Evropa. The name of the conference was entitled Winning the Future, and was organized by a local Identity Evropa member who spent months preparing. His hard work and efforts paid off. The conference easily brought in over 70 people from across the Great Lakes region.

Perhaps the greatest thing about the event was the ability of locals to spend time with speakers before and after the conference. There was a private dinner at a Polish restaurant in Hamtramck, the first town in America to go full kabob and the perfect place for an Alt-Right meet up.

The day after the conference we travelled to several areas around Detroit that were hit the hardest by the well documented slow motion racial replacement of European people with that of African Americans. It was truly a sight to behold, as we passed miles of burnt out building and abandoned factories with the foliage reclaiming the land. It was surreal how a place with such endless possibilities for gentrification could remain untouched by developers, as the remaining occupants of the neighborhoods would make even the bravest souls wary of venturing into such place.

Overall, my venture to the great lakes region was extremely productive. New contacts have been made, individuals have made commitments to serve their people by joining Identity Evropa. Morale is high and we are obtaining name recognition while our movement continues to grow. The press is now bemoaning the fact that the alternative right has established a beachhead within the GOP. We continue to sail from victory to victory. The wind is in our sails. Let’s make our future truly ours.